On this day 60 years ago, Ray Kroc opened the first McDonald’s as we know it. Of course McDonald’s existed previously – it was created in 1940 by the McDonald brothers, but the McDonald’s we know today has its roots with what Kroc created on April 15, 1955 in Des Plaines, Illinois. 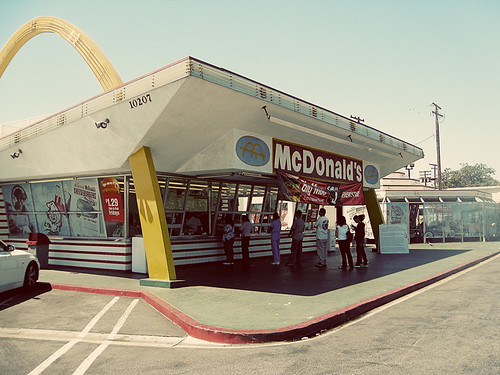 Kroc wanted to take control of the company as he didn’t feel as though the brothers sufficiently recognized the potential of the restaurant. They only wanted to have a small number of branches, while Kroc wanted to conquer the world and conquer it he did!

Now it is impossible to imagine a world without an omnipresent McDonald’s. They have 35,000 branches in over 100 countries.

If one was going to have a barbeque and make their own hamburgers, what would be the drinks to accompany it? Fast food restaurants have been serving alcohol for a while and if you go to any pub they are likely to have food to go with the drinks.

Beer is choice of many especially during the hot summer months, but what if you wanted something a bit more sophisticated?

New York Sour – this whiskey sour with red wine on top is great because it looks like a combination of mustard and ketchup. Like many other drinks, this has existed under a number of different names, but whatever you call it is tastes delicious.

Margarita – this is a great drink to have at any time of the day. The combination of tequila, lime juice and Cointreau results in a magical mixture of sweet and salty that is great for getting the party started or washing the meal down. The drink’s merit seems so obvious that it would have invented itself and as such there is a debate about the origins of it. 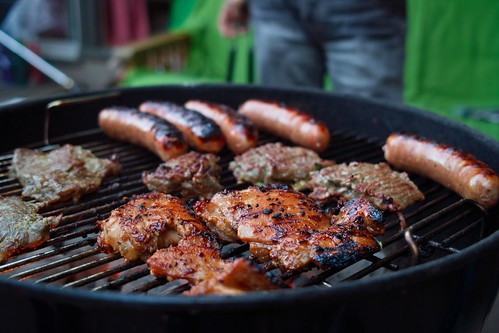 Whiskey – When it comes to steak, it’s traditional to pair red wine with it, but 21st century drinkers aren’t so wedded to outdated and ancient traditions. There is nothing wrong with kicking back at a barbecue with a flask. In fact, nothing washes steak and whatever else you may consume at your barbecue than a single malt. It will put the finishing touches on a great meal.

With the family values at McDonald’s don’t expect to see whiskey or cocktails on their menu, although in some of European countries they serve beer. Given Ray Kroc’s family comes near Plzeň in the Czech Republic he would definitely approve of this.