October 8th is the birthday of Paul Hogan, the iconic Australian well-known for his role as Crocodile Dundee and those “Throw the Shrimp on the Barbie” commercials.

We don’t have any crocodile-print flasks but we have plenty of other animal print flasks.

So this Wednesday, put the Fosters down and mark this milestone with our selected Down Under-themed cocktails. *Cheers!* 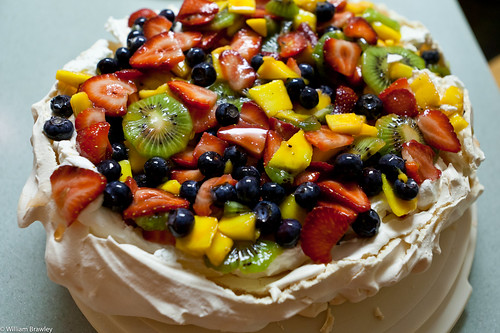 Pavlova
Pay homage to Australia’s favorite dessert with this vodka, vanilla liquor, strawberries and passionfruit cocktail. This drink is going to spin your head around faster than a boomerang!

Speaking of boomerangs, this cocktail combining gin and citrus flavors is one that is big on flavor and smooth as silk. A couple of these and you will start to think that Vegemite tastes good!

by  Tambako the Jaguar

We can’t celebrate the birthday of Crocodile Dundee without a proper crocodile-themed drink.

Take some Midori, vodka, triple sec, Sweet and Sour mix and Sprite and combine them all together. Don’t be surprised if after drunk some Crocodile you start breaking out Crocodile Rock. Crikey! 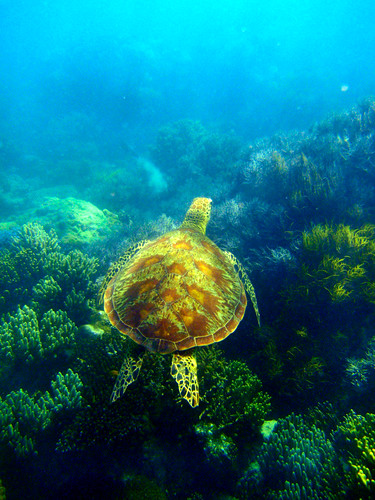 This is one of the wonders of the natural world and so too is this drink a wonder.

Combine gin, Cointreau, Bitters, Blue Curacao, Vanilla Ice Cream and put it in a blender. The resultant drink is going to result in something as marvelous as the reef. 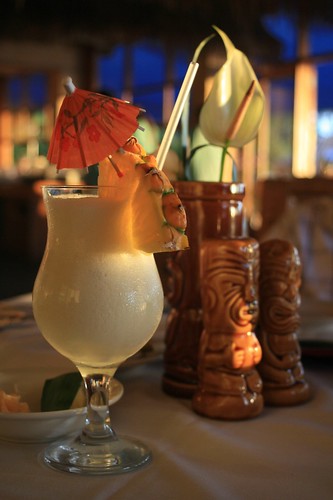 by  Randy Son Of Robert

There’s nothing inherently Australian about this drink per se, but Australian scientists have been working on a coconut-flavored pineapple. Making Pina Coladas has never been easier.

In Australia, they love to drink and they love their flasks. Happy Birthday Hoges!